HEART FAILURE IS A SIGNIFICANT, COSTLY, AND GROWING HEALTH PROBLEM

Heart failure affects Americans at an alarming and rapidly growing rate. More than 6.5 million Americans ages 20 and older have heart failure, according to the American Heart Association (AHA). The disease occurs when the heart muscle is damaged by heart attack or disease and is unable to pump blood to the body at an adequate rate, sufficient volume, or both. The prevalence of heart failure is expected to increase dramatically by 2030, when estimates suggest that it will affect more than 8 million patients. Approximately half of all patients die within five years of the disease’s onset. The costs of heart failure are enormous, according to the AHA. In 2012, the total cost for heart failure was estimated to be more than $30 billion and is expected to increase to $70 billion by 2030. 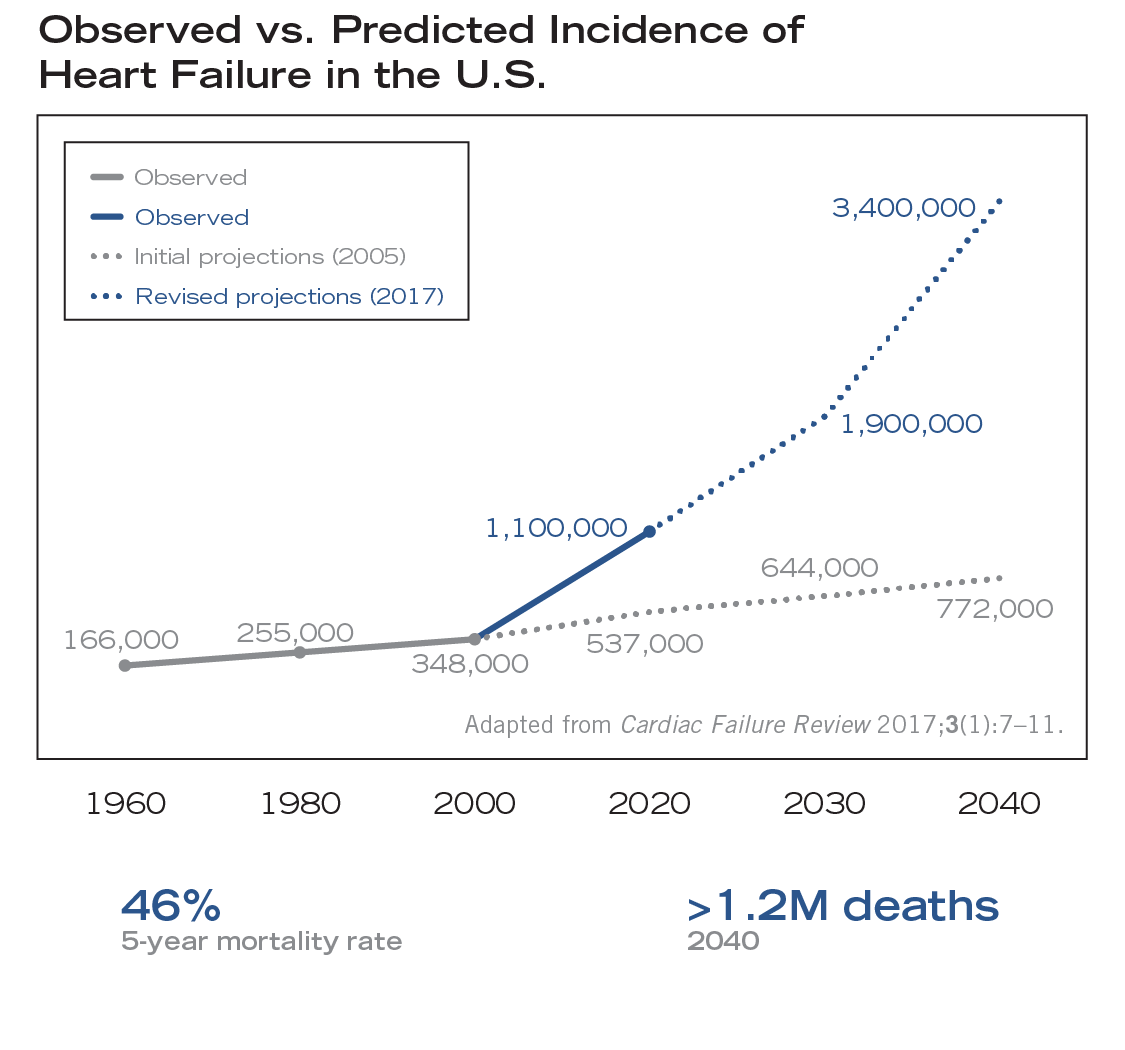